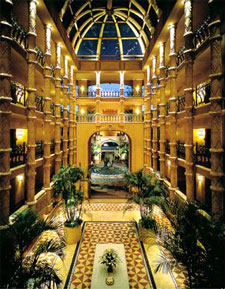 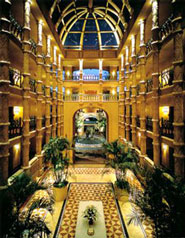 Other Activities available while hunting with Cruiser Safaris 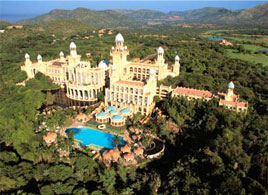 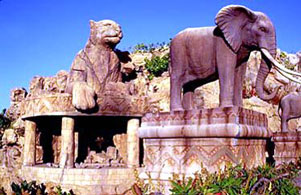 Located deep in the rugged bushveld, in the heart of an ancient volcano surrounded by the slopes of the Pilanesberg Mountains lies the world's most unique resort, Sun City. Unlike any other resort destination in the world, Sun City is internationally renowned as South Africa's premier holiday resort and the ultimate African experience. Often called the Las Vegas of southern Africa it combines the timeless classical elegance of Monte Carlo with a unique heartbeat and an African rhythm of its own.

Legend has it, which was actually boosted by a very heavy dose of media inspiration, that a lost civilization originating in the north of Africa, migrated here and finding gold and platinum along with the beauty beyond all imagination, the Ancient Ones built a regal city and a magnificent palace in this location. Then, one day a volcanic eruption ripped this world apart and reduced the city to rubble with only the palace remaining. As this legend goes, some 300 centuries after this great explosion, in the last decade of the 20th century, an expedition came upon this sacred locale and its fabulous ruins. The architects of Sun City took on the challenge to restore the palace in the Lost City to its former glory making it the centerpiece of this fantastic and luxurious resort. The Palace of the Lost City is undoubtedly one of the architectural wonders of Africa. The African theme is carried through every detail including life size elephants, cheetahs hunting, sable and springbok in combination with the Valley of the Waves and the Bridge of Time.

The resort at Sun City contains everything in the way of adult entertainment including 2 golf courses, designed by Gary Player, casinos, a Waterworld offering a full range of water sports including a wave park and numerous water rides, a reptile park which is home to over 300 crocodiles, squash, tennis courts, horseback riding, quad bikes and a vast entertainment area which provides floor shows and performances by some of the world's most popular stars. When you're traveling through the city you may feel the earth shudder. This is no illusion, it's a simulated earthquake that happens every hour on the hour. For more information visit Sun City's web site at: http://www.sun-city-south-africa.com/

The cost for this day trip is $50.00 pp plus the price of admission for any of the activities.

Back to Other Activities